› › Ending the summer with Chablis 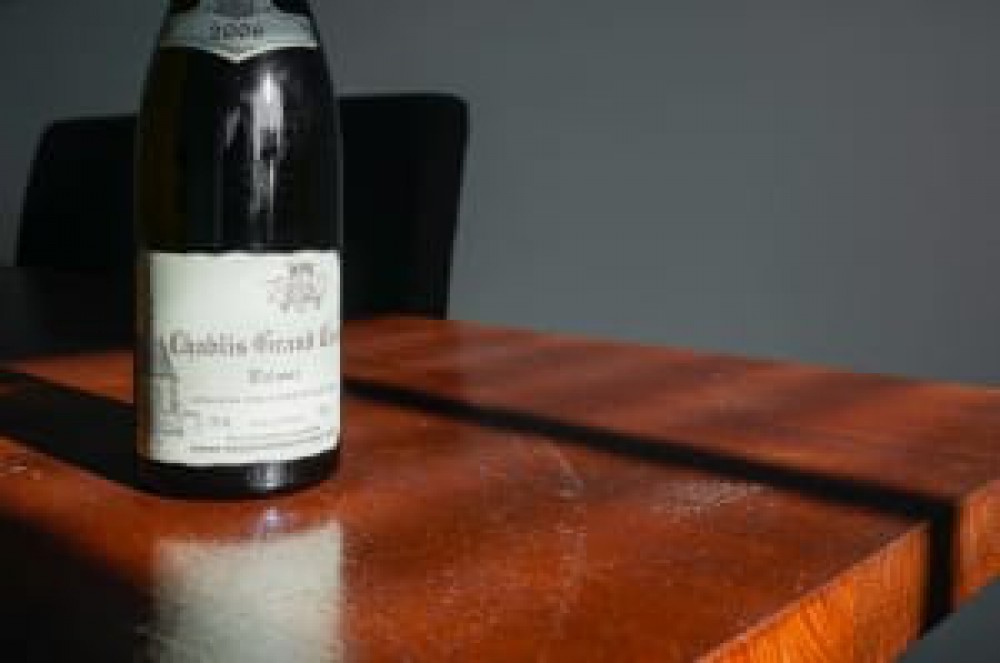 Ending the summer with Chablis

This week we were surprised by a last taste of Indian summer, so you can imagine we were in the mood for a nice white. ## Luckily we just happened to have received some Raveneau and therefor the choice was easily made.

We decided to open up a bottle of Raveneau Chablis Valmur 2006 for this Friday afternoon, which should – according to Parker – still be in its prime. Some of us had extremely high hopes for this wine, having already drunk the Valmur 2006 in 2010. By that time the wine had a beautiful acidity, with hints of citrus, elderflower and fantastic minerals in the finish. Others were more sceptical about a 2006, but given the review by Parker more than willing to give it a try.

When opening up this bottle, we were immediately surprised by the floral bouquet of the wine. Hints of elderflower, lilies of the valley and camomile, intertwined with a wonderful fresh aroma of citrus. After having a little oxygen, the acidity tempered a little and more hints of white fruit, such as peach and plums appeared.

The wine was still beautifully balanced and contained the acidity one should expect from a Chablis. The wine continued to display citrus and white fruit in the taste, being extremely fresh and pure in the flavour. A wonderful chalky finish full of minerals, which was spectacular after this time.

The Valmur was an absolute winner, which surprised the critics amongst us and completely satisfied those who drunk this wine before. Well done Raveneau!